The Department of Interventional Radiology at Sri Ramakrishna Hospital conducts minimally invasive procedures with the aid of advanced image guidance systems. Our cath lab is truly state-of-the-art and is equipped with the GE Innova IGS 630 biplane interventional radiology imaging cath lab system for interventional imaging and diagnostic imaging. The IGS 630 offers exceptional electrophysiology (EP) support with high image quality, optimisation of doses with dedicated EP dose protocols, low dose fluoroscopy, in built cone beam CT, 3D Spin, Road map, and so on. This gives our Interventional Radiologists in Coimbatore a huge edge in diagnosing and treating complex vascular diseases from head to toe. The low levels of radiation make it perfect as a diagnostic system for children too.

For patients, the benefits of these advanced minimally invasive techniques and the use of such technology are manifold. Tiny pinhole openings ensure minimal loss of blood, less risk and short recovery times. The ever-present risk which open surgery poses and the chances of infection are reduced. In addition the patient suffers little to no pain and there is no surgical scar, thereby ensuring greater emotional wellbeing of the patient in the long term. Hospital stays are reduced by half or more while the treatment itself is equally or more efficacious. Browse this section to find out more about some of the cutting-edge techniques used at Sri Ramakrishna Hospital.

When an aneurysm is located in the brain, it is called an intracranial or cerebral aneurysm. Symptoms of an aneurysm are only noticeable when it ruptures (bursts). When it does, it causes bleeding into the space around the brain known as the subarachnoid space. Hence, the term subarachnoid haemorrhage. This is a medical emergency as a subarachnoid haemorrhage can cause severe brain damage and death. Nearly 3 in 5 people die and another half who survive suffer from permanent brain damage.
A healthy artery wall is thick and muscular which allows it to withstand pressure. But, on occasion, with advancing age associated with hypertension & hyperlipidemia, a weak spot may develop. The pressure of the blood within the artery pushes it outwards into a bulge or balloon-like shape. This is called an aneurysm. While they may occur in any blood vessel, they are most common in the aorta and these are called aortic aneurysms. It may occur in the abdomen or the chest cavity with the former being more common. They increase the risk of thrombus formation (blood clots) which can cause visceral (or) limb ischemia, stroke. If an aneurysm bursts it is a medical emergency.
Trauma is any grievous injury to the body. In the aftermath of severe trauma, there can be extensive blood loss which in itself is life threatening. Similar, there are often instances where different operations result in ancillary injuries and bleeding. A simple and common example is haemorrhage after childbirth. There can be arteries which are torn or those which may not constrict as they ideally should or even loss of blood from the placenta. These instances of bleeding could be and often are life-threatening. In some cases surgery may not even be possible such as in the case of pelvic trauma or in some maxillofacial injuries. In all these cases, interventional radiologists are equipped to perform a host of minimally invasive procedures which stop the bleeding without surgery.
Stenosis means the narrowing of a passage. The blood vessels of the circulatory system perform a whole host of vital tasks. Due to a whole variety of health reasons including bad diet, lack of exercise, increasing diabetic population, hypercholesterolemia, smoking habits, genetic problems and so on, they may be prone to narrowing. This severely restricts the flow of blood to different parts of the body. Depending on the location of the occlusion, the severity of the effect varies. Interventional radiologists employ a host of minimally invasive techniques to widen the blood vessel and restore regular blood flow.
A solid tumour is an abnormal clump of cells (tumour) which does not contain cysts or liquids. A solid organ tumour is one which occurs in an organ. It may develop in various parts of the body such as the liver and kidneys. Recently, it has been found that interventional radiology techniques can be immensely beneficial in battling solid organ tumours such as hepatocellular carcinoma (HCC).

At the Department of Interventional Radiology of Sri Ramakrishna Hospital, our interventional radiologist works with neurologists and neurosurgeons to treat brain aneurysms. One of the most advanced treatments for brain aneurysms is endovascular coiling. The procedure involves first making a pinhole in the groin of the patient. Then, through the, pinhole a catheter is guided to the location of the aneurysm. A material which clearly highlights contrast is injected through the catheter. This gives the interventional radiologist a clear view of the aneurysm. With a clear view of the aneurysm, the physician goes to work. Thin metal wires (platinum coils) are used to fill the aneurysm. As the wires fill it, they coil into a ball of wire mesh (which gives it the name) which effectively occlude the aneurysm sometimes with the help of either stents (mesh tubes) or balloons. Endovascular coiling allows patients to recover in far less time. On average the patient is discharged from hospital within 10 days, instead of the 2-3 weeks it usually takes using the traditional method of surgery.
Endosvascular embolisation (EE) is an alternative to open surgery. It is used to treat blood vessels which are abnormal. It essentially blocks off the flow of blood to affected parts of the body. EE is recommended in instances of brain aneurysms, abnormal growths of the circulatory system, uterine fibroids and so on. First the interventional radiologist creates a pin hole in the groin. A catheter is inserted into the femoral artery and is then guided through the body using X-rays. Once the catheter reaches at the site of the abnormality a material is injected to the site. This material seals off the blood vessel. There are many materials which are used ranging from glues to foam to metal coils to balloons and so on. Usage of the material is based on the condition and is determined by the interventional radiologist accordingly. The Department of Interventional Radiology has used endovascular embolisation to great effect in thousands of patients over the years.
An angioplasty is a minimally invasive procedure where a balloon is inserted into a blood vessel in order to open the blocks which are inhibiting the flow of blood. When an angioplasty is completed, it may be followed by a procedure known as stenting. A stent is a metal scaffold which prevents the re-occurence of the blockage at the site. A catheter is inserted and guided to the location of the block and a stent is installed without any trauma to the body. The Department of Interventional Radiology at Sri Ramakrishna Hospital has been performing this elegant procedure for decades with excellent outcomes.
Endovascular stent grafting is among the latest treatments for abdominal aortic aneurysms. It is a minimally invasive procedure which has been used with excellent results here at the Department of Interventional Radiology of Sri Ramakrishna Hospital. In this procedure, an endovascular stent graft is placed inside the abdominal aorta at the site of the aneurysm. This helps prevent the rupturing of the aneurysm. The stent graft is carried to the location of the aneurysm by a delivery catheter which is specially designed for the purpose. An incision is made in the groin and the catheter inserted. It is then guided to the site using advanced imaging techniques. The stent graft is deployed to the area by the interventional radiologist and then the catheter is withdrawn.
Embolisation is the procedure where a material (glue, foam, metal coils and so on) is used to block off blood supply to a part of the body. It may be used to cut off blood supply to a tumour, to arrest its growth. Sometimes chemotherapy drugs may be combined with the material used to the stop blood flow. This procedure is known as chemoembolisation and it is used to target tumours with great accuracy. One type of chemoembolisation is transarterial chemoembolisation or TACE. In this particular case, the materials and drugs are introduced into the hepatic artery in order to combat liver cancer. TACE is used as a treatment in a number of cases of liver cancer with certain specific conditions.
Ablation means the removal of tissue. Radiofrequency Ablation (RFA) is a minimally invasive image guided technique where heat is generated at different parts of the body in order to achieve a desired result. It may be used on tissue or tumour or nerves. Physicians at the Department of Interventional Radiology have found radio frequency ablation to have excellent outcomes. 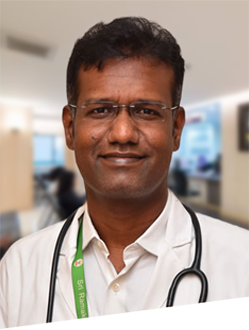 How long does an Interventional Radiology procedure take?