ART Technologies have revolutionized the management of infertility.

Fertility treatments involve recovering the eggs from the ovaries and fertilizing them with sperms outside the body in a controlled environment. IVF or In-Vitro Fertilization is a process where fertilization takes place in a Petri dish (outside the human body). The fertilized eggs are cultured in a special culture medium for three to five days and embryos replaced into the uterus of the patient. At Sri Ramakrishna Hospital, the department of in vitro fertilization with the goal of being recognized as the best fertility hospital in Coimbatore specializes in a number of techniques like ICSI, TESE, and IVF. Intracytoplasmic Sperms Injection (ICSI) is used to aid fertilization for men who have low sperm count following oocyte retrieval, a single sperm is injected in each oocyte. The resulting embryos are cultured for three to five days before being transferred into the uterus of the patient.

We are exponents of cutting edge procedures such as

The ART programme at SRH is one of leading programmes of its type with team of experts having experience of more than two decades in infertility management available as full time consultants. If you or anyone close to you has trouble of conceiving, we encourage you to reach out to the best test tube baby centre in Coimbatore. It could change the course of a life.

Azoospermia is a condition wherein a man does not have sperm in his ejaculate to be successful with in vitro fertilisation.

Obstructive azoospermia, as the name suggests, is a condition where this is caused by blocks in the ducts which are meant for carriage of sperm from the testicle. This condition may be acquired or congenital. Acquired obstructive azoospermia can be the result of of a number of things such as a vasectomy. In these men, sperm production is normal but the flow of the sperm may be blocked.

Since it is normal, sperm may be harvested in other ways such as through PESA (percutaneous epididymal sperm aspiration), TESA (testicular sperm aspiration) or TESE (testicular sperm extraction).
In non-obstructive azoospermia, the ejaculate of the man contains no sperm. This is because the production of the sperm is very low. Many men suffering from this however will have some areas of the testicles which still may produce sperm. Identification of the areas will aid sperm in being harvested for IVF with ICSI.
This is the most common condition affecting men. Simply translated, it means a low sperm count. Typically, a man with oligospermia will have less than 15 million sperm per millilitre of ejaculate. There are varying degrees of oligospermia – mild, moderate and severe.

However, the number of sperm isn’t really so much of a concern. The patient who wishes to be a father only requires a single sperm to successfully inseminate an egg. As many as 10% of men with low sperm counts who are trying to father a baby, may do so in a year of trying. If however it has been more than two years, it may be time to seek help from a professional. There may be many causes for oligospermia.

Some of them are as follows.

Testicular sperm aspiration can be both a diagnostic procedure used to detect azoospermia or a method to recover sperm from mens’ testicles. The latter is done when there may be problems with ejaculation or if there is an obstruction.

The procedure involves use of an extremely thin needle. The patient is given local anaesthesia. The needle is passed into the testicles after which a minute amount of tissue or material is removed from the seminiferous tubules.These are the network of minute tubes where the sperm are produced. The tubules are processed in the laboratory to test for the presence of sperm.

If present, they can be used either to fertilise eggs or preserved by freezing. These sperm tend to be less motile and mature than typical ejaculated sperm. Hence, to achieve fertilisation with these sperm a special kind of In Vitro Fertilisation known as as Intracytoplasmic Sperm Injection (ICSI) is carried out.
Testicular sperm extraction (TESE) is recommended for patients who have a block in the epididymis. This is a region near the testes or even inside the ducts of the testes. The block may either be from birth, a result of infection or even from a previous surgery. It is also recommended for those patients who have extremely low sperm production. So low that they cannot reach the ejaculate.

TESE is carried out under local anaesthesia. The procedure involves the opening up of the scrotum. Testicular tissue is removed in a large amount from a region or multiple regions of the testicle. Using a Microscope, Individual Sperms are identified and then retrieved. The viable sperm cells can then be used for Intracytoplasmic Sperm Injection (ICSI).
Percutaneous Epididymal Sperm Aspiration (PESA) is a procedure for men who have either undergone a vasectomy or or who have a congenital or acquired obstruction of the genital tract. One such instance is the absence of the vas deferens.

The procedure is typically done under sedation along with pain relief measures but it may also be performed under general anaesthesia. The specialist uses a needle attached to a syringe. It is inserted through the scrotum and into the epididymus – the minute collecting tubules situated by the testicles.

After the sperm are developed and they leave the testicles, they first flow into the epididymus. Fluid is gently aspirated into the epididymus by the specialist using the needle and syringe. Small amounts of fluid are then removed and examined for the presence of viable sperm. Sperm which are retrieved by this method can only used be used by employing ICSI treatment.
Intracytoplasmic Sperm Injection (ICSI) is what is called a ‘Micromanipulation’ technique and it is used to help couples who can’t conceive easily. Typically it is for couples with what is known as severe male factor infertility or couples who failed to conceive in a previous In Vitro Fertilisation (IVF). The woman would first have to undergo a process known as ovarian stimulation with fertility medications. This will (hopefully) result in a number of mature eggs developing. The eggs which are the result of this are then ‘aspirated’ via the vagina through the use of vaginal ultrasound. They then undergo incubation under specific conditions in an embryology lab.

On the male side, specialists work with samples of sperm extracted from patients via TESE, TESA or PESA. The samples of semen are prepared in a centrifuge which results in the separation of live sperm from debris and dead sperm. With great precision, the specialist will pick up a single live sperm using a glass needle. It is then injected directly into a harvested egg.
The results of ICSI are greatly encouraging with fertilisation rates as high as 70% to 80% being achieved in couples with male factor infertility trouble. These are almost as high as in IVF for couples with no male factor infertility.

Here at Sri Ramakrishna Hospital we have had great success with ICSI and are happy to have brought many couples’ dreams of conceiving to life.
Cryopreservation is advanced, state-of-the-art technique which essentially refers to freezing. It has multiple applications in medicine. Oocyte freezing is the extraction, freezing and storage of a woman’s eggs (oocytes). At any later time of the woman’s age choosing, the eggs can be thawed and then fertilised through IVF.

Typically oocyte preservation is a sound solution for three kinds of women – those who would like to preserve their ability to conceive at a later date and time (either because they have not chosen a partner or because of some medical reason), for those trying assisted reproductive technology but who do not want or agree with the freezing of embryos or those who are suffering from cancer. Women undergoing treatment for cancer through radiation and chemotherapy will have difficulty producing many (if any) eggs.

The treatment begins with hormone injections for two to four weeks. This also involves hormonal contraception to halt ovulation. This is followed by further injections of hormones which will stimulate ovaries and ripen several eggs. After the maturation of the eggs, more hormones are prescribed after which the eggs are removed via the vagina using a needle which is guided by an ultrasound. This is carried out with the patient under sedation. After removal the eggs are instantly vitrified or frozen.

Eggs contain a great deal of water and when they are frozen they are easily destroyed if ice crystals are formed. Thus, the egg needs to be dehydrated before vitrification. The water is replaced with a ‘cryoprotectant’ which will stop the formation of ice crystals. Eggs may be vitrified in two ways – a controlled-rate slow freezing or a flash-freezing process. The controlled-rate freezing is the more common way of doing it while the flash freezing (known as vitrification) is rarer. Once the egg is frozen, the shell of the egg (called the zona pellucida) becomes hard. This calls for the injection of the sperm into the egg via a needle in the process known as intracytoplasmic sperm injection or ICSI.

At Sri Ramakrishna Hospital oocyte cryopreservation is routinely carried out as a successful measure to protect the long-term dreams of many women and couples.
Assisted hatching is a technique to improve the embryo’s ability to hatch out of its shell. This is post forming a blastocyst. Before the embryo transfer a gap is created in the shell of the embryo. There are many ways of making the gap or slit in the shell but the most modern, precise way of doing this is by using a laser. The technique is known as laser-assisted hatching.

The laser releases energy into the shell of the embryo. This results in it being vapourised or dissolved. The laser obviously generates heat so it needs to be used with great caution and precision. We at Sri Ramakrishna Hospital have been using this state-of-the-art technique to help couples conceive and have had a good deal of success with it.
Here at Sri Ramakrishna Hospital, we are proud to run a modern, safe, state-of-the-art donor programme. There are many couples who have not been blessed with the ability to have children on their own. Our donor programme brings them succour and hope. We harvest sperms and eggs from generous donors in the safest ways, using the very highest of protocols. Preservation is done using state-of-the-art technology. If you wish to explore these options – whether as a donor or receipient,

Please don’t hesitate to speak to our experts in the Department of In Vitro Fertilisation. 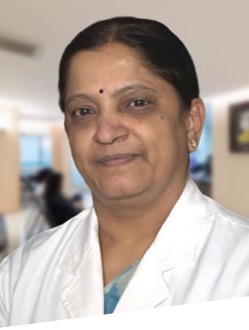 Is IVF a painful process?

You will be given pain medication and sedated during egg retrieval, so the process itself should not be painful at all. You can experience some mild cramping or feelings of pressure after the treatment.
How many injections for IVF do you need?

For 10 to 12 days, a woman would typically give herself a shot every day. Those shots are a hormonal stimulant designed to help build more mature eggs for her body. They then retrieve and fertilize the eggs.
After IVF, how many days of rest?

An embryo has to "attach" to the uterine wall within this time frame before it can fully implant, which can take several days. Therefore, sit at home for the first one or two days and chill out. Avoid activities such as heavy lifting, bending or exercise that are vigorous.
Is the process of egg retrieval painful?

Since anesthesia is used for egg retrieval, during the procedure, patients feel nothing. Egg recovery is a minor operation in which a vaginal ultrasound probe fitted with a small, long needle passes through the vaginal wall and through each ovary. Via a gentle suction, the needle punctures each egg follicle and gently removes the egg.