At Sri Ramakrishna Hospital, the Department of Psychiatry comprises of the best psychiatrists in Coimbatore that extend diligent, compassionate care towards those suffering from illnesses of the mind. Our experts are highly trained and have dealt with hundreds of mentally ill patients over the years with the greatest of sensitivity, compassion and care, guiding them towards better, happier and more stable lives.

We use the latest in international mental health techniques to diagnose and treat a host of conditions ranging from alcoholism and drug abuse to depression, psychosis and so on.

We aim to remove the societal stigma surrounding illnesses of the mind and behaviour and bring succour and relief to all people suffering from them and their caregivers.

Our department of psychiatry excels at the compassionate treatment of those afflicted by mental illness. While ‘psychotic’ is a commonly used word, in medical parlance it describes a specific condition. Psychosis is the condition wherein a person’s sense of reality is impaired. It is actually used to describe a subgroup of mental illnesses. It is characterized by an inability to think clearly, logically and rationally and, in consequence, results in the inability to comprehend reality, communicate well and behave in an appropriate manner.

Psychosis can be debilitating and has a number of symptoms such as delusions and hallucinations. Delusions are odd, irrational beliefs which aren’t normally acceptable to other people of similar cultures of groups. Hallucinations are inaccurate sensory perceptions perceived in the absence of real stimuli such as hearing voices which aren’t really there. Psychosis can also be caused by medical problems such as brain tumours, brain diseases, abuse of alcohol and drugs, dementia, HIV, epilepsy and even some prescription drugs.

People who suffer from schizophrenia, bipolar disorder and other personality disorders often experience psychosis that manifests itself as strange behaviour, thought process and speech. Here at Ramakrishna we have psychiatrists with the relevant clinical experience to manage and treat these patients

While this is a commonly used word, in the world of psychiatry, agitation refers specifically to a condition which is characterized by heightened activity, restlessness or extreme arousal. It is a syndrome wherein a person is tense, confused, irritable or excited and it can last anywhere from a few minutes to hours and even weeks. It also includes aggressive and threatening or even violent behaviour. It is increased by pain, fever, stress and so on. In and of itself, agitation is not necessarily a sign of mental illness but when combined with other symptoms and occurs in the context of impaired reality, it can indicate mental disease.

Causes of agitation are many and varied and include allergic reactions, disease of the heart, lung, kidney or liver, intoxication from drugs or withdrawal from their abuse, delirium, alcohol intoxication or withdrawal, trauma, dementia, depression, schizophrenia and so on. Our mental health team, here at Ramakrishna has a great deal of expertise in this field. If you believe there is somebody suffering from agitation, please bring them at once to our emergency room here at SRH or call us to urgently arrange necessary ambulance transportation.

Thoughts of death occur to all of us at some point or the other. However those who think about suicide look at it very differently. Those contemplating suicide do it because they see it as an end to their emotional pain which has become unbearable. They feel helpless in their situation, utterly hopeless about the future, and see no easy way out. They have come to the fatalistic belief that they and the situation they are in is beyond anyone’s help. People who are at risk of committing suicide usually have a number of things in common such as a family history of suicide (attempted or completed), a family history of mental health problems (depression, anxiety, schizophrenia, bi-polar disorder and so on) and alcohol or drug abuse. If a person you know mentions suicide even if it is made out to be a joke, it must be taken very seriously. Here at Sri Ramakrishna Hospital, we have trained psychiatrists who have extensive experience helping patients with suicidal tendencies. We urge you to consult us urgently if you or somebody you know is battling this terrifying mental state.
While alcoholism may have a social stigma attached to it, it is very important to understand that it is a disease. In fact, it is a chronic disease which, if untreated, can have fatal consequences. Addiction to alcohol is an overwhelming condition and the person suffering from it needs the support of as many people as possible to overcome it. Stopping the ingestion of alcohol leads to a host of painful symptoms which comprise what is known as withdrawal. Detoxification, or detox as it is known for short, is a medically supervised period of alcohol withdrawal. Symptoms are often dangerous and include nausea, sweating, agitation, paranoia, anxiety, seizures and even hallucinations. The process may last a few days and is the first step on the road to recovery from alcoholism. This has to be accomplished in an acute medically supervised environment by trained internists and psychiatrists. Here at Sri Ramakrishna Hospital we offer inpatient detoxification programmes to help patients overcome this debilitating disease.

“Been on living a very depressed state of life of failures faced in business. With the help of my family, I was advised to undergo treatment from a good Counselling doctor in Coimbatore. Been consulting ramakrishna for my sessions, with the help of a doctor’s counseling I was able to recover and gain senses life is not over yet. Thanks.”

“I was going through anxiety disorder, It is Dr. V. Nandakumar a Stress doctor in Coimbatore from ramakrishna treated me. Gave me the confidence to face anything with a brave heart. The anxiety in me gone lost.”

“Ramakrishna hospital has been doing excellent services for mental-related health problems, and patients also have been responding and recovering well with the treatment. My friend who was a manic-depressive person got cured and is normal now.” 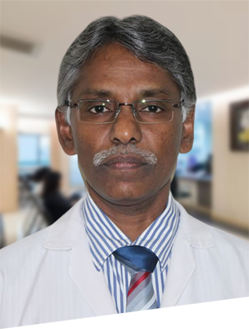 Is taking medication the only way to treat depression? Do you have to be on medications all your life for depression?
Medication management of depression is the most clinically and scientifically proven approach to treating depression.
The average duration of medication therapy for depression is 6 months from start to finish.
So the answer to your second question is NO!
How can I help my husband stop drinking?
The most common reason for drinking to become a regular habit/addiction/dependence and start to affect a person's marital, family, interpersonal and occupational function is either a depressed or anxious or combined state of mind.
If the affected person does have the determination and motivation to get professional help for his depression or anxiety and is motivated to stop drinking.
it would help us address the underlying causes that started the alcohol drinking habit/dependence and help the person reach a normal state of mind and thus help attain and maintain sobriety from alcohol
My son is not getting up or leaving the house these days. He seems to be talking to himself... Pacing at night instead of sleeping... Am having a tough time convincing him to take a shower or eat his meals. What is wrong with him doctor?
Your son probably has a thought disorder and seems no longer reality-based in his thinking.
Commonly seen in Schizophrenia. There are multiple medication options to help your son achieve a normal reality-oriented mental state and thought process. This will help him resume a normal life.
My kid sister takes a long time taking a shower.. Seems to repeatedly washing her hands. She counts to herself and does things repeatedly... Ex: arranging and rearranging her school bag.
Your sister seems to suffer from OCD obsessive-compulsive disorder. Easily helped by an appropriate medication regimen and CBT...
Cognitive-behavioral therapy. Both available at our hospital.
My child refuses to go to school... Refuses to board the school bus....she is very anxious and throws temper tantrums any time the issue of school non attendance is brought up. What can I do?
Your child most likely has school phobia as well as an anxiety disorder.
Which can be successfully addressed with medications and therapy.
This will boost her self-confidence and help her to restart attending school.