Our Department of Gastroenterology at Sri Ramakrishna Hospital work with some of the Best Gastroenterologists In Coimbatore who have immense experience dealing with the diagnosis and treatment of conditions of the digestive tract and liver.

The diseases of this part of the body are extensive and complex and we have an excellent team of Gastroenterologists and Hepatologists working together to treat patients around the clock. We make use of the very latest technology and techniques to offer minimally invasive, laparoscopic surgical treatment to a number of patients. From gall bladder removal to hernia surgery, keyhole surgery has enabled thousands of our patients to recover quickly and continue living happy healthy lives.

There is a sheath of muscle and fascia which runs the length of the torso from the ribs to the groin. This is called the abdominal wall and it holds in the intestines and the abdominal contents. Sometimes there are weak spots in this abdominal wall for a multitude of reasons.

When this happens the abdominal contents which push outwards from the body, break through it and push through to the surface.

This causes a bulge beneath the skin which is very often visible. The word hernia basically means ‘something coming through’ and thus aptly describes the condition. There are a number of types of hernia but the most common are inguinal (inner groin), femoral (outer groin), incisional (which results from an incision), hiatal (the upper stomach) and umbilical (at the belly button). As for the cause, the essential cause is pressure. Anything which causes excess pressure within the abdominal cavity combined with weakness of muscle in the abdominal sheath can result in a hernia.

This can include heavy lifting of objects, constipation, consistent coughing, sneezing, bad nutrition, obesity and so on. There are a number of surgical interventions for hernias.
This is an inflammatory disease of the pancreas. The pancreas is a gland which is part of the digestive system.

It produces hormones and enzymes which help to break down food. It also produces necessary hormones which regulates the the glucose levels in the body. Chronic pancreatitis is long-term and progressive and results in the permanent damage of the pancreas in both function and structure.

The most common cause for it is alcohol abuse and with the rising trends in income and consequent lifestyle changes, it is becoming more widespread. Some of the symptoms include pain in the region of the upper abdomen, nausea, vomiting, bloating, abdominal cramps, flatulence and so on. When it progresses it will render the pancreas unable to produce necessary hormones which will result in type 2 diabetes.
Bile is a fluid for aiding digestion. It is made in the liver and stored in the gallbladder – a tiny organ. Sometimes some of the components in the bile may crystallise and harden. This leads to gallstones. Gallstones are comprised of cholesterol, salt and bilirubin.

Most of them (around 80%) are made up of cholesterol while the rest are salt and bilirubin, called pigment stones. Some of the symptoms of gallstones are pain in the upper belly and upper back (lasting for up to several hours), nausea, vomiting, digestive problems and so on. Diagnosis is through blood tests, ultrasound, CT scans, MRCP (magnetic resonance cholangiopancreatography), endoscopic ultrasound and ERCP (endoscopic retrograde cholangiopancreatography).

Surgical treatment for gallstones usually involves surgery to remove the gallbladder laparoscopically or through the traditional open method.
Haemorrhoids, also commonly known as piles, are swollen veins in and around the anus or located in the lower rectum. They can be internal or external i.e. within the anus or outside the anus and rectum. The latter is the most common. There are a number of things that contribute to haemorrhoids including straining during bowel movements, chronic constipation, extended seating on toilets, family history and so on. During pregnancy the chances of contracting haemorrhoids are higher. Haemorrhoids are very common and affect as many as half the population by the age of 50. They are also very treatable. Sri Ramakrishna Hospital has helped thousands of piles patients receive the best treatment/surgery in Coimbatore for permanent relief.
Within the entrance to the anus exist a number of small glands. Sometimes they can be blocked resulting in an abscess or an infected cavity. A fistula is a condition in which a tiny tunnel is formed from the infected gland within the anus to the area around the anus. Around half of all anal abscesses develop into fistulas.

There are some other causes as well such as Crohn’s disease, sexually transmitted diseases, tuberculosis, trauma, diverticulitis and cancer. A fistula is diagnosed through rectal examination, an ultrasound and MRI. There are surgical procedures to treat the condition which have excellent results.

The traditional method of surgical treatment for hernia is called ‘Open Hernia Repair’ and it may be done using local anaesthetic or general. The surgeon pushes the tissue which is protruding back into position. Then the weakened area of the abdominal wall is closed using sutures and the area is reinforced using a synthetic mesh. The opening is then closed using staples or even using surgical glue.

Here at Sri Ramakrishna Hospital we are also adept at using the laparoscopic or minimally invasive procedure (also called keyhole surgery). This is done under general anaesthesia. Multiple little incisions are made. Gas is used to inflate the cavity and then a laparoscope is passed into it. The surgeon views the region and then uses other instruments (inserted through other incisions) to repair the weakened section using mesh. This procedure has considerably less scarring and quicker recovery times with less pain for patients.
There are a number of surgical procedures which provide relief to people suffering from chronic pancreatitis.

Also called a pacreaticduodenectomy or a pancreatoduodenectomy, the Whipple procedure involves removing the head of the pancreas, the duodenum, the proximal jejunum, gallbladder and distal stomach.
Medically called laparoscopic cholecystectomy, the procedure involves removing the entire gallbladder. It is usually done due to excessive formation of gall stones. A number of small incisions are made in the abdomen. Through one of them, a laparoscope (a video camera) is passed.

The cavity is then inflated. This allows clear visibility within the space, for the surgeon. Surgical instruments are then passed into the space through the other incisions. They are used to remove the gallbladder. In a typical body, the bile is stored within the gallbladder but, once it is removed, it moves directly from the liver (where it is produced), through the bile duct into the small intestine. There is no storage. This rarely has any impact on digestion. The laparoscopic approach allows the procedure to be completed in less than 1and 1/2 hours.

Discharge is very quick with some procedures even being done as day care. Alternatively, a day or two in the hospital for recovery in enough. There may be a little soreness for a week but within 10 days the patient may return to normal activity. Recovery is faster than in traditional procedures, pain is less and scarring is minimal.
Haemorrhoidectomy:

This is a surgery to remove haemorrhoids. It is done under conventional anaesthetic for the most part although general may also be used. The procedure involves making incisions around the anus. This allows the surgeon to cut out the haemorrhoids. It gives patients relief from pain, swelling, bleeding and itching caused by the haemorrhoids. However, the incisions are in the sensitive place and require stitches, causing pain in itself. It is usually done as an outpatient procedure and patients go home the same day.

As the name indicates, a laser is used in this minimally invasive procedure. It is precisely used to target haemorrhoid tissue which it burns away.

In this, a rubber band is installed around the base of the haemorrhoid. This cuts off blood supply and results in the death of the tissue.

In this procedure, the surgeon cuts along the length of the fistula, thereby opening it up. This will allow it to heal as a flat scar. This is the most effective method but when it runs the risk of injuring the sphincter muscles, other techniques (as listed below) are preferred.

A seton is a strip of surgical thread which is allowed to stay in the fistula for weeks, keeping it open. It allows it to drain and helps in healing while avoiding damage to the sphincter. Advancement Flap Procedure: In this procedure, the fistula is cut and scraped out first following which it is covered using a flap of tissue taken from inside the rectum.

Fibrin glue is made from plasma protein. It might be used for sealing up a fistula and healing it (instead of cutting it open). The tract is first cleaned and then the internal opening is closed using stitches. Then the glue is inserted through the external opening to seal the fistula. Alternatively, a plug made up of collagen protein may be used. Must choose ramakrishna for gastro treatment in Coimbatore

While I was feeling pain and discomfort in the upper abdomen, also sometimes felt nausea and vomiting from 5days. Visited ramakrishna hospital for a consultation, and the results have identified the presence of gallstones, doctor’s suggested for removal. With great faith I accepted. After laparoscopic everything was fine after. Thanks, doctor.

Due to an intestine ulcer, I was not able to consume food or get it digested. I would get vomitings if taken any food. I followed strict treatment provided to me by a gastroenterologist at ramakrishna for 3weeks without fail. The ulcer got healed gradually and I was able to take food without vomiting and digestion is also back to normal.

I suffered constipation, Consulted Dr. M. Murugesh for this. He advised me to make changes in my diet and follow a few home remedies along with his medication. It really helped me to clear constipation and get rid of bloating, my bowel movement improved a lot. Thanks, doctor. 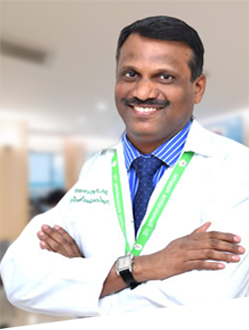 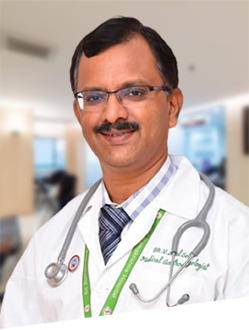 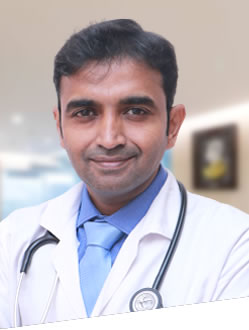 How are gastroenterology and hepatology different from each other?
A gastroenterologist specializes in disorders of the liver, stomach, intestines, pancreas, and gallbladder, as well as other organs of the digestive tract. A hepatologist, on the other hand, specializes in diseases of the liver, pancreas, and gallbladder.
What types of illnesses does a gastroenterologist treat?
Irritable bowel syndrome, hepatitis, jaundice, pancreatitis, and polyps in the large intestine, are a few of the major health conditions that a gastroenterologist treats.
Why are you recommended to a gastroenterologist?
If you are experiencing any of the symptoms of a digestive health condition or if you require a colon cancer test, you should see a gastroenterologist right once. In several cases, consulting gastroenterologist results in more accurate polyp and cancer diagnosis, fewer treatment problems, and shorter hospital stays.
What are the common gastric-related diseases that are treated at Sri Ramakrishna Hospital?
Sri Ramakrishna Hospital Department of Gastroenterology offers treatment for conditions like hernia, chronic pancreatitis, gallstones, hemorrhoids, and fistula, which are the most common types of conditions. Apart from these, there are various other complicated conditions that are treated by expert specialists in the city.